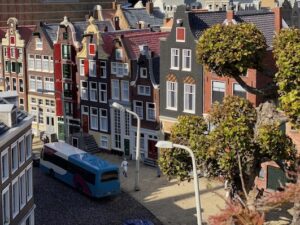 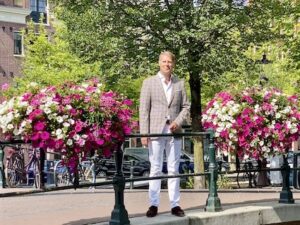 Amsterdam
Undoubtedly the Netherlands’ most famous attraction, Amsterdam. A place of contrasts, a contemporary, laid back city filled with unique and historical sites, bicycle-happy locals, and cheery flower markets. The famous 17th century canals have been labelled a UNESCO World Heritage Site for their historical importance and beauty. Other architectural landmarks, such as the Gothic-inspired Rijksmuseum, or the city’s many impressive medieval churches, add to Amsterdam’s beautiful cityscape and secure its place as one of the country’s most remarkable cities. 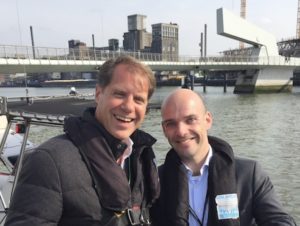 Rotterdam
Once a mere 13th century fishing village, Rotterdam is the Netherlands most modern city today. The popular Delfshaven district is where the pilgrims launched sail from in 1620, the Erasmus Bridge is highly unique and imposing. Visit the Museum Boijmans Van Beuningen, where artworks on display span from the Middle Ages to modern times, including masterpieces by Dali, Van Gogh, Bosch and Rembrandt. Rotterdam is home to many fine examples of modern architecture, much of it inspired by the city's waterside setting as well as a response to the devastation of WWII. Truly unique is The Markthal, where apartments are draped over the food market in a horseshoe configuration. The Markthal has about 100 fresh food stands, nearly 15 food shops and various restaurants. Look up to enjoy the massive artwork sprawling across the ceiling: the 'Horn of Plenty'. Thanks to this grand span of art, the Markthal has been referred to as the Dutch version of the Sistine Chapel. 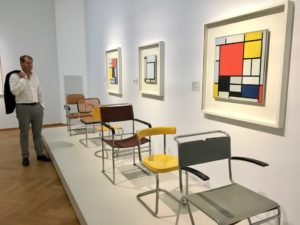 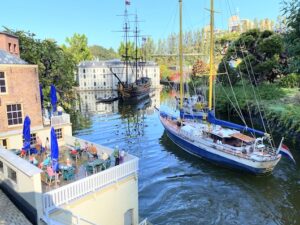 The Hague
The political, administrative and legal capital of the Netherlands. Known as the Royal City by the Sea. Best known for the contemporary art exhibits at the Gemeentemuseum Den Haag and the Royal Picture Gallery Mauritshuis, The Hague is arguably one of the most extraordinary places to visit. Other attractions in The Hague include the miniature city, Madurodam and a 360-degree panoramic view of the Scheveningen Sea in the 19th century at Panorama Mesdag. On request, private tours can be organized in the beautiful hall of Knights in the political Binnenhof buildings and the International court of Justice. 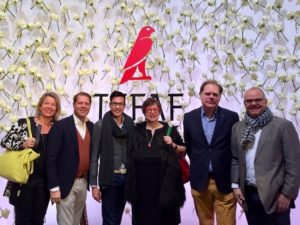 Maastricht
Nestled near the Belgian and German borders, lively, extremely likeable and known as the oldest city in The Netherlands. Maastricht has excellent cultural attractions, a vibrant, university-town spirit, interesting galleries and shops and a wonderful café culture. Visit the Romanesque Basilica of St. Servatius and the St. Pietersberg Caves. The Margraten US Military Cemetery is located just outside the city, here over 8000 American service members died and were buried during World War. The internationally renowned TEFAF fine Art Fair is taking place in March every year and is highlight for many art collectors.

Utrecht
Utrecht’s beautiful Old Town (most of which must be visited on foot) is full of charm. While exploring, you’re likely to encounter antique shops, medieval churches and picturesque canals. Utrecht is incredibly ancient; in fact, it was founded as a Roman fortress almost 2000 years ago! Today it is well known for its universities and its terrific variety of cultural offerings. Architecture and museum enthusiasts should not miss the Dom Tower, the Rietveld Schroder House, and the Museum Speelklok, which boasts a vast collection of striking clocks, music boxes, and self-playing musical instruments.

Haarlem
Located about 20 km west of Amsterdam, on the banks of the River Spaarne, the city with the highest concentration of museums in the Netherlands. Enjoy shopping and admire the stunning architecture and museums along the Grote Markt city center. Popular museums in Haarlem include the oldest museum in the country, the Teylers Museum, which specializes in natural history, art, and science exhibits, and not to be missed, to the Franz Hals Museum where many Dutch masters’ works rest. Haarlem is also the home of the Annual Bloemencorso Parade in April each year.

Leeuwarden
The capital of the province of Friesland is a beautiful old town and is also chosen as European Capital of Culture for 2018!  A mixture of shopping areas, cultural highlights and an exciting nightlife. Leeuwarden boasts over 600 monuments! You will find the St. Boniface Church, one of the most important neo-Gothic buildings of The Netherlands, but also the modern architecture in Leeuwarden is very appealing. Shopaholics must visit De Kleine Kerkstraat, which is one of the most charming shopping streets in the Netherlands. 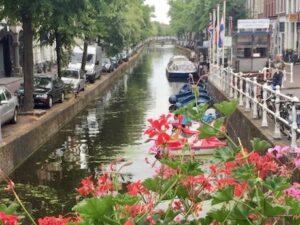 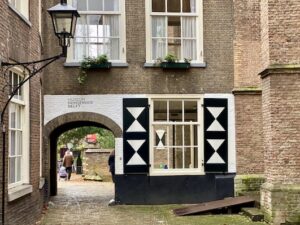 Delft
Known for its links with the great Dutch painter Vermeer, Delft is an astonishingly picturesque town worthy of its artistic heritage. An unspoiled town with Renaissance Style City Hall on the Markt Square and traditional Holland canals, architecture, and vibe. De Porceleyne Fles - manufacturer of Royal Dutch Delftware - was established in 1653 and is the last remaining maker of this world-famous pottery. This superb attraction provides a fascinating look at the history and production process of Blue Delftware.

Leiden
A quintessentially-Dutch town, located between Amsterdam and The Hague. Home to lovely canals, traditional brick 16th and 17th century homes and the oldest university in the country. Leiden’s most famous son is none other than Rembrandt himself, who was born there in 1606. Another interesting fact about this city is that it once housed some of the very first English settlers in America: the Pilgrims. The Hortus Botanicus offers sprawling botanical gardens and the world’s oldest academical observatory.

Gouda
In addition to the delicious, cow-milk-based, yellow cheese that has been traded at Gouda’s cheese markets since the Middle Ages, the city of Gouda is also known for its fantastic architecture. Be sure to see the gothic Stadhuis, the oldest town hall in The Netherlands, which dates to the 15th century and the Sint Janskerk. This church, which was built during the 15th and 16th centuries, is famed for its truly magnificent, 16th-century stained-glass windows. On Thursday morning during summertime the cheese market takes place. It’s pretty fun to watch the local farmers sell their bright orange wheels of cheese.  Speaking of food, the Gouda stroopwafel are a real treat.