Pride Amsterdam is one of the biggest and best celebrations of gay pride around the globe. It traditionally starts on the last Saturday of July and lasts until the first Sunday of August, attracting more than 350,000 participants and visitors who stay and play in Amsterdam. The city is a vibrant rainbow of events in gay and straight venues alike, with dance parties, film screenings, sporting events, debates, exhibitions and much more.

One of its most famous highlights is the spectacular Canal Parade (first Saturday of August). An assortment of lavishly decorated barges will ply Amsterdam's canals. Participants aboard 80 vessels will soak up the Dutch sun and put on a show with their onboard DJs, show-stopping themes and smiles aplenty. The aim is to get their particular message on equality across all the while, pleasing all spectators on the banks of the Prinsengracht and Amstel River. Please be aware that no transfer is possible to and from accommodations along the canal parade route.

The closing party with music and various live performances (first Sunday of August) will be held on Dam square, free of charge, from 14:00 till 22:00 hours.

For a tailor made proposal when visiting Holland and to join a private party: Get in touch >>> 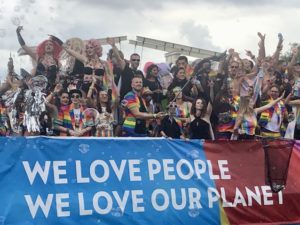 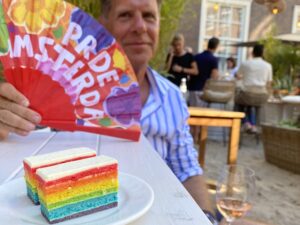